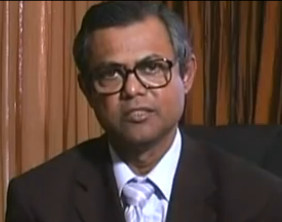 Hasan Mahmud is an expert on Sharia Law who advocates that Sharia is inconsistent with modern times. He was born in Bangladesh in 1949 and moved to Abu Dhabi, United Arab Emirates, in 1965, working as a chief technologist in a hospital. In 1990, he moved to Canada and became the Sharia Law Director for the Muslim Canadian Congress, where he fought against allowing Sharia courts in the country.

He is currently the President of the Toronto chapter of the Free Muslims Coalition and was a member of the American Islamic Leadership Coalition. He is also on the Advisory Board of the World Muslim Congress and a Research Associate at Deen Research Center in the Netherlands.

Mahmud is currently translating his first book from Bangla into English titled, “Defeating Radical Islam: Undoing the Wrongdoing.” He has also produced three docu-movies on Sharia Law: Hilla, Divine Stone and The Sharia Conundrum. You can read his articles at his website and FrontPage Magazine.

Ryan Mauro: What are the premises of your films? How have they been received by Muslims in North America?

These docu-movies are about Sharia Law and have romantic love stories fused with lots of references from Sharia law books. The purpose is to educate common Muslims who support Sharia Law without knowing the laws. But, there are also blind believers of Sharia Law, and they will never change no matter how much justice is denied or the victims scream.

Mauro: Can Sharia Law really be separated from Islam?

Mahmud:  Yes, certainly and irrefutably. Changing the meaning of the Quranic word, “Sharia,” from meaning moral guidance to state law was one of the first major conspiracies against Islam. The West and Muslims of the greater Middle East and North Africa are unaware of the fact that Muslims of an equally vast area, from India to Indonesia, were never ruled by political Islam.

Proving the theological and practical illegitimacy of Sharia Law is not difficult but it will create a vacuum in the minds of believers. That is why Muslims must be given a graceful exit from Sharia Law with a better and non-political interpretation of Islamic sources. It is not a quest of finding “ real” Islam or “reforming” Islam. We cannot reform something that we cannot even define.

Mauro: What happened that made you decide to devote your time to fighting radical Islam?

Mahmud:   I used to believe that God’s law would eliminate crimes around the world. Actually there are many good laws in Sharia books. But later, my research showed that many of the laws were an assault on justice and human civilization in the disguise of divinity. It destroys human life, especially of women, and brings a bad name to Islam. Many Sharia laws, such as killing apostates or punishing rape victims, are upfront violations of Islam. As a Muslim, it became my paramount responsibility to resist Sharia Law. As Sharia Law is the informal constitution of radical Islam, fighting radical Islam necessarily means fighting Sharia Law.

The journey was not easy. Indeed, there are Quranic verses and “Prophet’s examples” that can be instrumental to violence. But in the same sources, there are mechanisms to defeat that violence as well. Lest we forget that Sharia Law is not a benign legal system, it is a malignant push to create a global theocracy of Islam-traders.

Muslims, especially Muslim women, are its primary victims. We paid heavily for chasing the mirage of a Sharia-based Islamic State. The institution of Sharia Law is a corrupt produce of power-struggle and patriarchy. It has no capacity to run a modern state, and so it has no place in the modern world. Lest we forget that Sharia law is not only its content, it is also its spirit that wants to dominate the world politically.

Mauro: Do you think groups like the Council on American-Islamic Relations, the Islamic Society of North America and the Muslim Public Affairs Council hurt or help your cause?

Mahmud: They are the theological opponents of progressive secular democratic Muslims; they are the torch-bearers of the Trojan Horse of Sharia Law in the West. During 2003-2005, when we at the Muslim-Canadian Congress were fighting against the Toronto Sharia court, the very first Sharia court in the West that had the support of local law, all those organizations came up against us.

Now it seems an accident of history that we in Canada succeeded in eliminating the Toronto Sharia court after functioning for 14 years, since 1991. Due to our furious resistance, along with two other groups (Canadian Council of Muslim Women and The International Campaign Against Canadian Sharia Court), our government repealed the law that allowed faith-based courts.

On September 11, 2005, the Toronto Sharia court became history, but today there are about 85 Sharia courts running in the U.K. with the support of local law and scores of open and hidden Sharia courts are alive and well. The invisible Sharia courts on the Internet are destroying women’s lives and the blueprint for Sharia courts in America supported by U.S. law has already been created.

Mauro: Do you think the Canadian-Muslim population is moving in a more liberal or a more Islamist direction?

Mahmud:  I have no proof, but I feel that our secular environment and education system is keeping most of our kids liberal and aware of human rights. Our next generations will be more aware of human rights and the benefit of secular democracy. They will not swallow folk stories or legitimate violence in the name of divinity. I feel that time is working against radical Islam; they are losing their grip on our kids.

Radical Islam is taught in most mosques and an overwhelming majority of my community here are not mosque-going. Our society is evolving. Sharia law also went through evolution in the past – laws such as killing apostates and adultery were slowly eliminated in history but are revived recently, thanks to petrodollars. Lastly, our governments are political bedfellows of the exporters of Sharia laws from the Middle East. It has to be addressed as well. You cannot stop the flow without closing the source.

The following is a clip from Mahmud's "Divine Stone" (with subtitles in English):