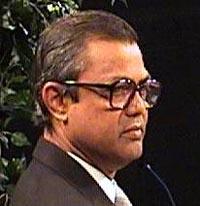 Another Canadian Muslim steps forward to tell the truth! Hasan Mahmud is the former sharia law expert for the Muslim Canadian Congress, to which also belong other Muslim truthtellers such as Mahfooz Kanwar and Tarek Fatah. Thankfully, along with the courageous ex-Muslim activists, such individuals may help lead us out of this dark hole created by Islamists, not by mindless bigots and “Islamophobes.” Recall that another brave and honest Muslim – this time a convert and ex-imam – exposed the term “Islamophobia” as having been propagated by a “radical” Muslim thinktank for the express purpose of running down critics.

I am a Muslim. I believe that accepting our (Muslims’) share in creating “Islamophobia” in the West will help eliminate it. Dr. John Esposito’s recent article in the Huffington Post, “Islamophobia: A threat to American Values?” puts the entire blame on Western “media commentators, hard-line Christian Zionists and politicians.” He even neglects to mention the huge contribution Muslim societies have had on the issue. Esposito ignores that in our global village the West is regularly flooded by violence coming from Muslim societies; violence which is perpetrated in the name of Islam while citing Quranic verses and the Prophet’s examples. The list is long. Here are some examples:

With such phenomena and experience, what else does Dr. Esposito expect from the West except “Islamophobia”? He also blames the West for resisting the Ground Zero Mosque. I wish he knew how many Muslims around the world are opposed to the proposed Islamic center, not because we don’t want mosques, but because before its construction, the notion of the center created “fitna” (division) and violently divided the whole nation….

Esposito says, “Politicians use fear of Islam as a political football.” He also states that “Justice Kagan is being accused of being ‘Justice Sharia.’” Accused? Knowing about widespread violence sanctioned by Sharia law, as the dean of Harvard Law School, Justice Kagan tried “to promote a deep appreciation of Islamic law” with the blessing of Saudi money. If such a person is not “Justice Sharia,” who is? Aren’t there Islamists trying to establish Sharia courts in the USA? Yes, the blueprint of American Sharia courts was created as early as 1993 by TAM, The American Muslims….

Once again, in our global village, the West is continuously bombarded by the news of serious violence from the Muslim world against women, non-Muslims and Muslims of different Islamic ideas, in the name of Islam.

This is the main reason for “Islamophobia” — and a logical one.